Arts organizations within the city of Dallas have lost more than $95 million during the pandemic, suffered a stunning drop of more than 3 million in “lost or deferred attendance” and seen the disappearance of more than 1,000 jobs, according to a startling new survey released this week and shared first with The Dallas Morning News.

The survey covers only the period from March 13, when the coronavirus provoked a national emergency, to the end of November. December is omitted from the findings, as are the losses sustained by cultural organizations outside the city limits.

The study is the third compiled by The Arts Community Alliance (TACA); the Dallas Arts District; and the Dallas Area Cultural Advocacy Coalition. What it shows is a persistent plummeting of the finances of city arts organizations, which continue to struggle with the searing effects of the COVID-19 pandemic. Not one organization surveyed has folded, but the future is anything but bright.

“The impact of the pandemic on the arts in Dallas — financial, human and cultural — continues to be staggering,” said Terry D. Loftis, president and executive director of The Arts Community Alliance, known as TACA. “We’re encouraged that our organizations are resilient and finding ways to engage the community. But these losses are not sustainable, and no one is expecting a return to normal anytime soon.”

David Lozano, executive artistic director of Cara Mía Theatre, one of the city’s small arts companies and one of the 70 participating in the survey, said: “It’s as bad as it sounds. The situation we’re facing is that we clearly have not been able to generate revenue, as we typically do, so everyone’s been working their hardest to raise money to sustain our organizations.”

Jennifer Scripps, director of the Dallas Office of Arts and Culture, called the effects of the pandemic on the city’s cultural landscape “devastating.”

“And no one,” she said, “has escaped untouched.”

Debbie Storey, president and CEO of the AT&T Performing Arts Center, called the situation “horrific. People are literally fighting for their lives. The tragic part of this is the number of people out of jobs.”

Going one year without revenue is one thing. But the prospect of a second without any appreciable income — which 2021 could become — has exacerbated the sense of dread. Major arts groups benefit enormously from philanthropy — the $360 million AT&T Performing Arts Center opened in 2009 with all but $18 million coming from private sources — and yet, arts groups employ thousands whose financial lives are in peril.

The federal Paycheck Protection Program preserved some jobs but not all. Many organizations received PPP loans, which have since been forgiven. Among the city’s arts organizations, they range from the $27,497 that Lozano’s Cara Mía Theatre received to the $4.1 million allocated to the Dallas Symphony Orchestra. The Dallas Museum of Art received $2.5 million in PPP money, the Dallas Opera $1.399 million.

Ninety-one organizations responded to the second survey, but the number responding to the third dropped to 70, indicating that the 2020 losses may be even more severe than the latest survey indicates.

The symphony saw its annual budget plummet $5.3 million. Dallas Summer Musicals lost $1.9 million in net revenue during 2020. For the Nasher, it was $3.3 million.

What the pandemic proved is that arts organizations are finding it increasingly difficult to hang on, with little to no earned revenue. And philanthropy and government assistance cannot be counted on indefinitely. At best, they are a Band-Aid for a hemorrhaging patient.

Dallas Summer Musicals went dark in March of 2020, with not a single show staged since. The earliest Broadway musicals can return to its stage is August, when the perennial favorite Wicked is booked for The Music Hall at Fair Park, but not even that is certain.

As those in charge of Dallas’ arts groups say optimistically, but guardedly, they’re banking on coronavirus vaccines to provide the turning point.

For arts groups to receive an economic boost, “Vaccines have to work immediately,” Lozano said. “And totally.”

Other companies have tried to reopen or cultivate creative options for staying alive, such as streaming content over the internet, but so far, nothing remotely approaches the halcyon days before the pandemic.

“One of the biggest silver linings has been seeing the arts community — groups of all art forms and sizes — coming together to work through this crisis,” Storey said. “Many of the arts leaders have met on a weekly basis since the beginning of the pandemic. We share ideas, challenges and victories.”

Last summer, Gov. Greg Abbott announced safety guidelines that allowed museums and performance venues to reopen, albeit at greatly reduced capacity. Most are now legally permitted to fill at half their full capacities, though few have done so.

The performing arts alone racked up 2,088 canceled or deferred performances.

Fifteen arts and cultural facilities, covering performing and visual arts, have reopened for “live, in-person experiences” at reduced capacity. But 40 respondents told surveyors that their traditional performance or exhibition spaces have not been able to reopen — at all.

Thirty-seven respondents say they have been forced to rely on streaming or turn to alternative spaces, which run the gamut, with shows in parking garages, warehouses, storefronts, churches, plazas, parks and the great outdoors. Storey said ATTPAC benefited from being able to use its outdoor venue, Annette Strauss Square.

And yet, despite creative endeavors to cope with the crisis, 39 respondents cited safety as the No. 1 barrier to fully reopening. The survey winnowed down their concerns as follows:

— Others cited public perception. “Many of our long-term patrons are 65+ and have firmly stated that they are not interested in attending a live choral performance before a vaccine is widely available,” wrote one respondent.

— Some felt they don’t have the resources to ensure a safe environment. “I am the only staff in front-of-house,” said one respondent. “I cannot fathom how I would host, screen, take temperatures, enforce masking, enforce social distancing, clean, etc. in addition to normal [front-of-house] duties. I could cry just thinking about it.”

— Fourteen groups cited union restrictions as their top barrier to reopening. Actors Equity Association, the primary union for theatrical performers, has, with few exceptions, taken a fiercely hard line against having its members work during the pandemic. That has deeply affected Dallas Theater Center but also Broadway, which has said it will remain shuttered through May, if not longer.

Officials from seven of the largest arts organizations agreed to provide The News additional information, which illustrates how dire the situation is for the city’s arts heavyweights. Their individual updates are outlined below.

Financial impact: $3.3 million drop in revenue, forcing a decline in the annual budget from $12.3 million to $9 million.

“It is critical to note,” said Jill Magnuson, director of external affairs for the Nasher, “that even that decline would have fared worse had it not been for the initial PPP loan.”

Layoffs, furloughs: None. “We were supported by the PPP” loan, Magnuson said, “and several individual donors who earmarked their additional support for staffing costs.”

Layoffs, furloughs: “We did not lay off or furlough any full-time staff.”

Financial impact: General director and CEO Ian Derrer answered that the opera’s expenses have fallen by 22%, “which,” he said, “is another way of saying the budget shrank by 22%.”

PPP loan: $1.399 million, according to data provided by the Small Business Administration. It permitted “partial payments” to performers and other employees, despite the cancellation of performances.

Layoffs, furloughs: Some staff members were furloughed between May and June of 2020 but were able to retain health insurance and other benefits.

Pay cuts: Derrer and music director Emmanuel Villaume took voluntary pay cuts of 25%. Salary reductions for staff, which began May 1, ranged from 10% to 25%. Those directly affected by cancellations, such as “orchestra musicians, choristers, stagehands, stitchers, dressers, wig and make-up artists and production staff,” had pay slashed by 50%.

PPP loan: $4.1 million, which was used, in the words of President and CEO Kim Noltemy, “for eligible payroll costs.”

Financial impact: President and CEO Debbie Storey said, “We had seven months of normal activity,” from one fiscal year to the next, “and then five months of pandemic activity — or no activity.” As a result, ATTPAC’s annual budget has declined from $28 million in 2019 to $14 million in 2021.

Pay Cuts: 15 remaining staff are working with salary reductions of up to 25%. 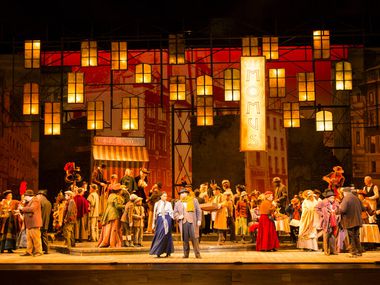 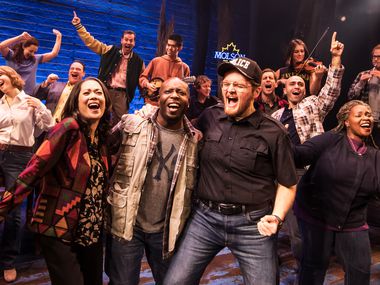 Click on right here to browse the full write-up. “I imagine usually what can take …